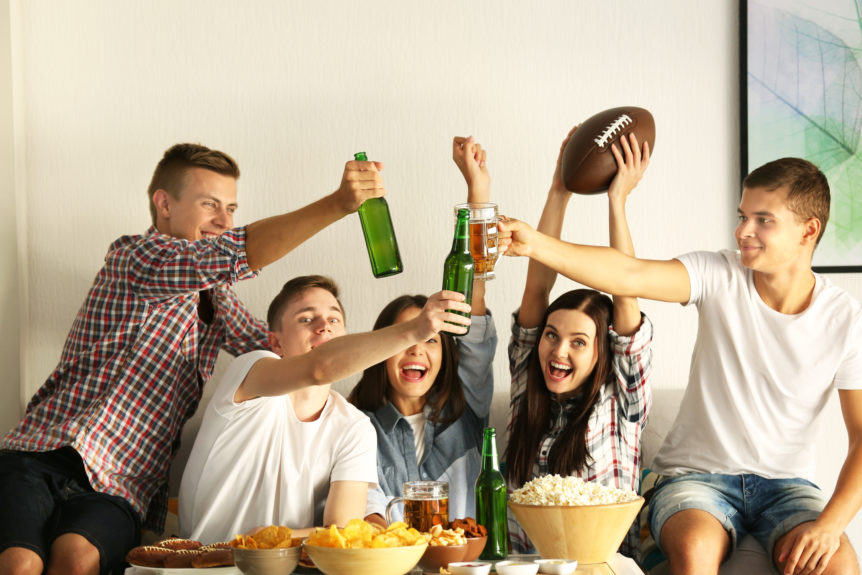 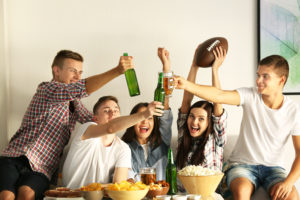 Super Bowl LIV is this Sunday in Miami, marking the end of another great NFL season. As the Chiefs and 49ers prepare to compete for the Lombardi Trophy, millions of Americans are preparing for Super Bowl Sunday, too. While the players and coaches are preparing for the biggest game of the season, Americans are stocking up on wings, nachos, beer, and other fun party favors for the game. Unfortunately, Super Bowl Sunday isn’t all fun and games. Advocates note that the Super Bowl is the most dangerous day of the year for domestic violence, and we also see an increase in drunk driving accidents. According to Mothers Against Drunk Driving (MADD), more than two-thirds of all traffic fatalities on Super Bowl Sunday are caused by drunk driving.

If you are going to be watching the Super Bowl this weekend, you must do everything you can to stay safe. The last thing you want is to start the new year in an accident. Stay the night, take rideshare like Uber or Lyft, and remain aware. The attorneys at The Green Law Firm have seen firsthand how devastating Super Bowl accidents are for Brownsville residents. If you were injured, involved in an accident, or the victim of domestic violence this weekend, contact us immediately.

Our lawyers are prepared to help you understand your rights, and we will do everything we can to represent you. Depending on the nature of your case, recovering damages through a lawsuit may be necessary. The purpose of today’s article is to take a closer look at Super Bowl Sunday accidents and why this day is so dangerous. If you’re attending a Super Bowl party over the weekend, or if you are heading to Miami for the big game, do your part to stay safe and protect others.

As mentioned, Super Bowl Sunday is more dangerous than many people realize. In 2018, 10,511 people lost their lives in drunk driving accidents. Given the fact many Super Bowl parties involve alcohol, it is no wonder we see a spike in drunk driving traffic accidents over this busy February weekend. To curb alcohol-related accidents, Mothers Against Drunk Driving (MADD) and the National Highway and Traffic Administration (NHTSA) have joined together to spread an important message about safety on Super Bowl Sunday. The program – Fans Don’t Let Fans Drive Drunk – has garnered national attention and aims to encourage game-goers and party attendees to designate a sober driver or have another plan in place.

One of the most telling studies surrounding Super Bowl accidents dates back to 2003, but the numbers speak for themselves. According to the University of Toronto study, there is a 41 percent increase in vehicle collisions in the hours following the Super Bowl. The study looked at accident data from 27 different Super Bowl Sundays (1975 to 2001). What they found was shocking:

There are numerous reasons for this increase in accidents on the day of the Super Bowl, including:

These are just a handful of the reasons we see an increase in accidents on Super Bowl Sunday. If you were injured in a drunk driving accident or because of another person’s negligence over this busy weekend, contact The Green Law Firm today.

Along these same lines, researchers found that watching the Super Bowl may be hazardous to your health in other ways. According to the New England Journal of Medicine, men’s risk of having a heart attack was three times higher when watching their team play in the Super Bowl, compared to women who were two times as likely to suffer cardiac arrest.

If you were the victim of domestic violence, call the National Domestic Violence Hotline at 1-800-799-7233.

If you are planning on enjoying the Super Bowl this weekend, plan ahead and do your part to reduce the chance of being involved in a DUI accident or other incident. Here are a few tips to help you enjoy the Super Bowl safely, while still having fun:

The Super Bowl should be a fun and celebratory day, but it often turns deadly. If you are injured on Super Bowl Sunday, contact The Green Law Firm today. Our bilingual Brownsville attorneys offer free consultations and will do everything we can to support you. We hope everyone enjoys the game and stays safe this weekend!