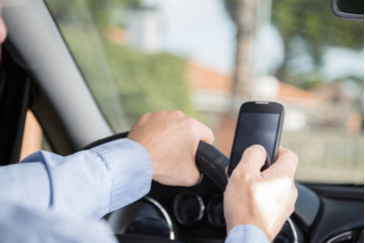 Distracted driving is a serious problem in the United States right now. We are seeing an increasing number of accidents taking place due to drivers spending more time checking Facebook and responding to text messages than the road in front of them. While many states have begun to implement texting while driving laws and others aimed at stopping distracted driving, these types of accidents are still occurring at an alarming rate. When a driver takes his or her eyes off the road for even just a matter of seconds, lives can be forever changed. Getting behind the wheel of a car should be looked at as a privilege, not a right, and drivers must start to take this more seriously than they are presently.

When you get behind the wheel of a car, you have the responsibility to pay attention to other cars on the road, pedestrians, cyclists, and all other surroundings. Unfortunately, nowadays drivers allow themselves to get distracted while driving, especially by smartphones and other gadgets. No text message is so urgent it must be read and responded to while driving. This is becoming increasingly apparent – and such a problem – that Apple recently introduced a “Do Not Disturb While Driving” feature that automatically turns on when behind the wheel of a car. This is in an effort to keep drivers, their passengers, and everyone else out there safe.

The Risks of Distracted Driving

Distracted driving is described as any act that takes the motorist’s attention off driving and the roads. Distracted drivers don’t just put themselves and their passengers at risk, but everyone else using the road. According to the National Highway and Traffic Safety Administration, 1 out of 10 fatal car accidents in the U.S. happen as a result of distracted driving. This equates to more than 3,500 deaths every single year.

Here is a look at a few additional facts that outline how dangerous distracted driving is:

Distracted driving is extremely serious and results in far too many injuries and fatalities every single year. If you have been involved in an accident with a distracted driver, please contact Green Law Firm today. Our Brownsville distracted driving attorneys will fight for your rights and ensure justice is served.